FIND YOUR HOME IN ADVANCED SEARCH

TRUSTED BY OVER
5,000 FAMILIES

City Ventures Residences offers attractive new homes, in premier locations, at advantageous prices, and every home is a green home. City Ventures has combined a flexible and economical business model with a savvy understanding of the urban market, and choose to build in only the most desired city environments: places of energy, excitement and opportunity, close to friends, family and the office; with architecture and interior amenities that reflect what people really want today and tomorrow.

City Ventures’ leadership starts from the ground up. We stay in the know, so you don't have to. 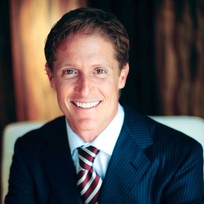 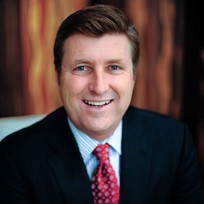 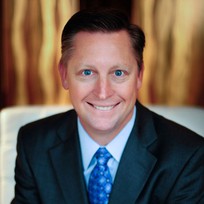 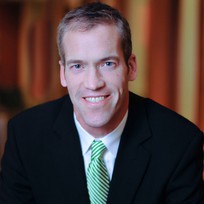 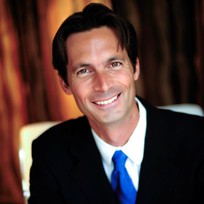 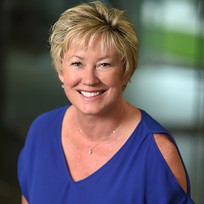 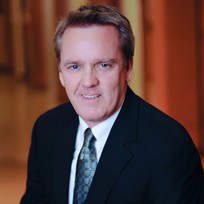 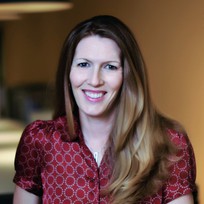 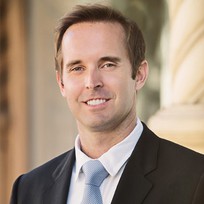 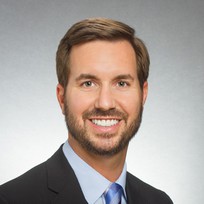 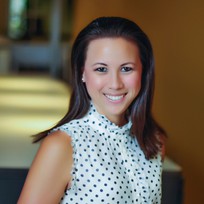 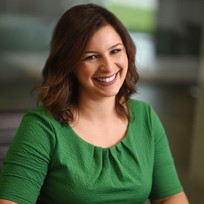 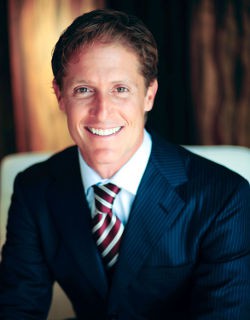 Craig Atkins has been passionately involved in real estate development for over 25 years. His involvement in hundreds of transactions has provided him incredible insight into future opportunities. Mr. Atkins is chairman and co-founder of City Ventures, a real estate development company that focuses on urban housing in California.

Mr. Atkins was also co-founder and president of O/A homes. During its operation, O/A homes built golf course frontage homes in La Quinta, CA. Prior to founding O'Donnell/Atkins, Mr. Atkins was a project manager for the Warmington Company. His projects ranged in size up to 13,000 lots and included ancillary uses such as hospitals, retail shopping centers, golf courses, K-12 schools and community colleges. 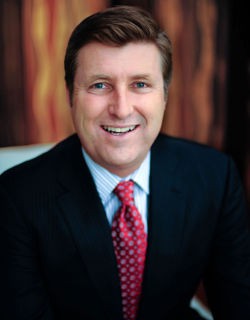 For more than 30 years, Mark Buckland has made urban housing development his driving concern. In recognition of this passion, Professional Builder magazine named him America's Builder of the Year in 2000, while various governmental agencies have awarded him commendations for his ongoing contributions to homebuilding. Today he is widely recognized as a leading industry authority on urban housing issues.

Mr. Buckland is President and co-founder of City Ventures, which focuses on urban housing opportunities in California. Prior to forming City Ventures, in 1988, he co-founded The Olson Company, a leading developer of for-sale urban housing. Mr. Buckland held the position of President and COO of The Olson Company. Under his leadership the company worked with more than 80 of California's leading cities and redevelopment agencies, including the cities of Los Angeles, San Diego, San Jose, Oakland, Long Beach, Anaheim, Santa Ana, Pasadena, Brea, Garden Grove, Ventura, Oxnard, Hayward, Richmond, Pittsburg, Fullerton, and Compton. The Company successfully entitled more than 150 communities, totaling more than 10,000 homes valued at $4.5 billion.

Prior to co-founding the Olson Company, Mr. Buckland held a variety of real estate-related posts. He was Development Manager for the Bixby Ranch Company, responsible for both residential and commercial projects. Mr. Buckland also served as a Project Manager for the Office of Planning at the University of California at Irvine where he worked closely on the University's master plan and housing developments. 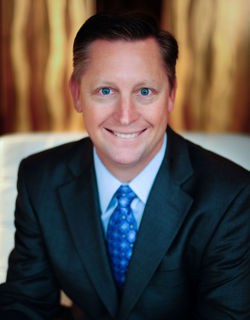 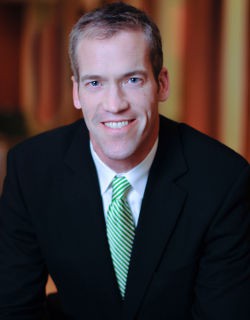 Mr. Kerr has a successful track record of leading the development process for residential and mixed use developments in Bay Area communities. Mr. Kerr actively works with land owners, communities, agencies and cities to develop high quality multi-family infill communities. He was in charge of acquisition, design, entitlement, and construction for the bay area townhome and mid-rise division of Intracorp. Prior to Intracorp, Mr. Kerr was with The Olson Company where he managed the development team for the East and South Bay markets and was responsible for all entitlement and development projects in those markets.

Mr. Kerr has an MBA from Harvard University and a bachelor's degree from Dartmouth College. 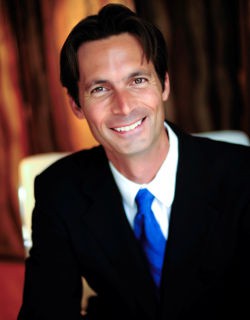 Prior to joining City Ventures, Mr. Jansen worked for The Olson Company, where he served as Vice President of Purchasing while managing the state-wide purchasing operation. Mr. Jansen also worked with The Irvine Company (California Pacific Homes and Irvine Apartment Communities division) as a Project Manager. 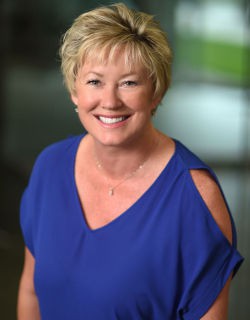 Ms. Mosich has almost 30 years of experience in managing and directing accounting teams in the real estate environment. Ms. Mosich joined City Ventures in 2010 as our Corporate Controller and oversees a department of 6+. Ms. Mosich is primarily responsible for cash management, financial accuracy of all financial statements, and day to day operations of the Accounting Department.

Prior to joining City Ventures, Ms. Mosich was the Vice President of Finance for the Southern California Division of the UK publicly traded homebuilder, Taylor Morrison Homes (previously Taylor Woodrow Homes). Ms. Mosich's 12 year career with Taylor Morrison began in 1996 as an Assistant Controller; she was then promoted to Controller in 1997 and Vice President in 2001. Ms. Mosich managed the challenges of both a growing and contracting division during this time and navigated the division through numerous system conversions. Ms. Mosich was also strategically involved with the funding of over $65M of land-secured public financing districts during her tenure. Prior to joining Taylor Morrison, Ms. Mosich was a CPA with Deloitte & Touche, LLP and held several financial positions with The Lusk Company and R. L. Kautz & Company.

Ms. Mosich received a Bachelor of Science Degree in Business Administration from University of Phoenix. 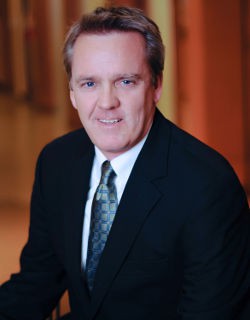 Prior City Ventures, Mr. White joined Standard Pacific Homes in April 1990 as a young Project Manager with the company's Orange County Division. In late 1999, he teamed with August Belmont to start the Inland Empire Division and help it become the largest and most profitable division in the company. As Vice President of Project Management for the division, he oversaw the project management team and personally managed the development of Heritage Lake, a 2,600 unit master planned community in Menifee.

During his twenty year history with Standard Pacific, Mr. White accumulated an immense entitlement and development experience, especially with large-scale and complex projects in the Inland Empire. He started his career with T&B Planning, a Southern California based land planning firm. Mr. White earned his M.B.A. from the University of Redlands in 2009 and his B.A. in Geography from the University of Northern Iowa in 1986. 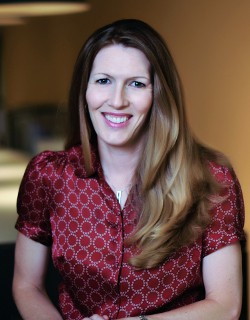 Ms. Prijatel joined the City Ventures in August 2012 and is responsible for all aspects of the design and entitlement process for new infill communities across Orange County. She has over eighteen years of real estate experience specializing in entitlements for complex residential and mixed-use developments throughout Southern California. 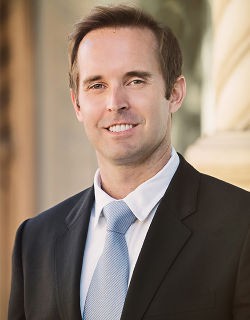 Mr. Hendry leads the Northern California real estate development team responsible for land acquisition and entitlement of mixed-use residential communities across the San Francisco Bay Area. In his tenure, he has originated over 30 new home communities in Northern California now at various stages of development and oversees a pipeline of 2,500+ homes. He has worked with over 20 different city governments around the Bay Area and has a knack for bringing stakeholders together to get projects approved in today’s challenging housing environment.

Prior to City Ventures, Mr. Hendry worked in New York City in an acquisitions role for Madison Realty Capital, an institutionally-backed real estate private equity firm with over $4 billion in firm assets. Mr. Hendry began his career at Pacer Communities where he managed the entitlement and development of large-scale residential communities across Los Angeles, Orange County, and the Inland Empire.

Mr. Hendry received a Master of Science of Real Estate Development (M.Sc.) from Columbia University, an M.B.A. from University of San Francisco, and a B.A. from UCLA. 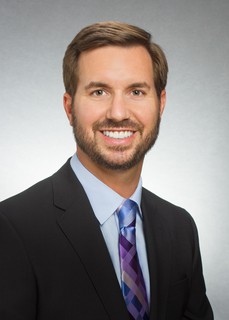 Ryan currently serves as a Board member on the Irvine Community Land Trust, a nonprofit organization dedicated to creating permanently affordable housing in the City of Irvine and County of Orange. In addition, Mr. Aeh promotes the production of new housing (both market rate and income restricted) that is located close to transit and jobs through his work with many state and regional organizations such as the Association of California Cities, Building Industry Association, League of California Cities, Orange County Business Council, and Planning Directors Association of Orange County.

Ryan is a graduate from the University of Southern California’s Sol Price School of Public Policy with a Bachelor of Science in Planning and Development. He remains an active alumni member of the USC community as he currently serves on the Price Alumni Association Board, the Price Real Estate Advisory Board, and the Price Real Estate Alumni & Affiliates Board. He also serves as a mentor in the Price Professional Mentorship Program where he works with undergraduate students on professional development and career coaching.

In 2019 Ryan was named “40 Under 40” in Orange County by the Greater Irvine Chamber of Commerce. 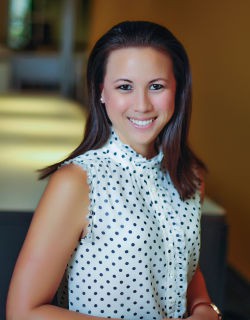 Joining City Ventures in 2011 and promoted to Managing Director in December 2019, Ms. Thrakulchavee leads the Southern California development team consisting of both land acquisition and project management. Working in tandem with her team, Ms. Thrakulchavee is responsible for sourcing, underwriting, and managing land acquisitions for residential and mixed-use development projects throughout California and has successfully acquired over 2,200 lots for the company. As Managing Director, Ms. Thrakulchavee and her team are focused on both identifying underutilized infill properties in supply constrained urban markets throughout California and the value-add entitlement strategy for those property acquisitions. Working closely with landowners, city officials, the brokerage community, and project and design consultants, Ms. Thrakulchavee manages all aspects of site acquisition including identifying the development opportunity, analyzing the financial viability of the potential project, structuring the deal, negotiating the contract, analyzing the feasibility of the future community, and consummating the transaction.

Prior to City Ventures, Ms. Thrakulchavee was an Acquisitions and Development Associate with Province Group, a private entrepreneurial real estate development and investment company. Working directly with the Founder and Principal of Province Group, she was responsible for sourcing and underwriting residential development and investment opportunities for both land development and multifamily investment properties. She began her career with Newhall Land and Farming Company as a development associate before joining Richmond American Homes, a publicly traded homebuilder, where her responsibilities included conducting the financial analysis and market studies for acquisition opportunities and due diligence analysis for project feasibility.

Ms. Thrakulchavee is a current Board Member for both the Orange County Chapter of the Building Industry Association (BIA) and HomeAid Orange County. She has been an Urban Land Institute (ULI) Member for the past fourteen years and is actively involved in the ULI Orange County Young Leaders Group (YLG), Multi-Housing Local Product Council (MHLPC), and NEXT Local Product Council. In July 2018, she was invited to be a co-host for Spaces Podcast, a show and growing multimedia platform that aims to elevate the understanding and appreciation for spaces we occupy everyday.

Ms. Thrakulchavee received a Bachelors of Science in Business Administration from the University of Southern California. 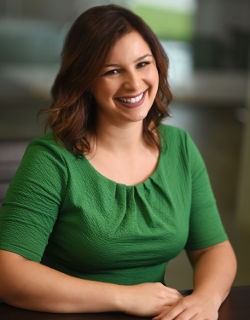 Miss Zabaneh brings over 10 years of infill residential and mixed-use development experience to the City Ventures team. She joined City Ventures in 2009 and is involved in management of all aspects of the sales and marketing process, from neighborhood launches to closeouts. Miss Zabaneh is responsible for the ongoing sales and marketing efforts of an average of 20 active neighborhoods at any given time. She’s also involved with strategic planning, budgeting, forecasting and neighborhood development of new infill communities throughout the state of California. Miss Zabaneh has worked on developments in over 35 cities in 10 different counties across California.

Prior to her work at City Ventures, Miss Zabaneh worked for The Olson Company handling the management of all aspects of the escrow process, financing, marketing and selling of new home developments. She also coordinated community development for projects spanning the entire state of California.

City Ventures is a rapidly-growing California homebuilder focused on repositioning underutilized real estate into residential housing in supply constrained coastal urban infill areas, as well as high demand suburban locations. It focuses on the construction of townhomes, condominiums, lofts, mixed-use, live-work and single-family detached homes in the Southern and Northern California coastal urban infill neighborhoods. City Ventures is based in San Francisco and Irvine, California and currently owns and controls over 8,000 lots in California.

THE HOME OF THE

City Ventures builds energy-efficient homes good for a green earth and a green wallet. Advanced energy-efficient appliances and other innovations allow these sustainable homes to significantly reduce your utility bills. These are the most energy-efficient new homes on the market, and their technologies come standard in all City Ventures Green Key homes: there is no extra fee to achieve low energy use.

Where to start? Right Here

This site uses cookies to provide you with a great user experience. By using , you accept our use of cookies.